The Middle East and Africa Patient Care Monitoring Devices market is projected to record only a slight improvement in its growth than its earlier years, with the MENA region anticipated to record a GDP growth rate of 2.6 percent in the year 2020. Some of the nations belonging to the Gulf region have witnessed rapid urbanization and economic growth, with improved life expectancy and fall in infant mortality rate over the past decade. However, various political changes have caused a decline in economic growth in some countries in the region. The growth in the Middle East and North Africa (MENA) region over the years has neither failed to address the challenges of poverty reduction nor has fair competition been promoted in the region. With growth continuing to remain non-inclusive and high inequalities prevailing in the region, the region is predicted to face several challenges before it moves into a phase of high growth. Moreover, the region consists of nations that are rich in oil resources and various other natural resources on the one hand and on the other hand, several middle- and low-income nations that are poor and dependent on other nations for their sustenance. The World Bank has predicted that GDP growth rate in MENA region is anticipated to grow moderately to reach 2.6 percent in 2020 and 2.9 percent in 2021. Further, according to International Monetary Fund (IMF), Gulf Co-operation Council member countries (GCC) are projected to register a growth rate of 2.1 percent in 2019 from a growth rate of 2.0 percent in 2018, with the economic outlook in GCC member countries dependent on oil price volatility and other external factors such as sanctions imposed on certain nations and growing unpredictable financial conditions emerging across the globe. IMF also predicts that the oil importing countries are anticipated to witness a slowdown in growth from 4.2 percent in the year 2018 to 3.6 percent in 2019, which is reflective of a slowing world economy and other domestic factors affecting the market in the region. Our study on the Middle East and Africa Patient Care Monitoring Devices market is driven by the adoption of an exhaustive approach towards the industry analysis comprising of the overall market size and revenue growth, recent market developments, growth drivers, market segmentation, opportunities and challenges that are influencing the growth of the market. The Middle East and Africa Patient Care Monitoring Devices market is estimated to attain notable absolute $ opportunity value in 2027 as compared to the value achieved in 2019.

The study of the Middle East and Africa Patient Care Monitoring Devices market offers a detailed analysis including a risk analysis that covers demand and supply risk affecting the growth of the market accompanied by existing and future market trends prevalent in the region. Further, the inclusion of a correlation and regression analysis for determination of relation between independent and dependent variables is covered in the study.

The Middle East and Africa region having a mixture of both rich and underdeveloped economies in the region is anticipated to observe a period of slow growth over the forecast period (2019-2027). The region has been witnessing prevalence of communicable diseases such as HIV/Aids, Malaria and Tuberculosis. The levels of sanitation and access to health have been poor across many parts of the region and sections of population from various parts of the region continue to suffer from malnutrition, infant and maternal mortality and violence over the past decade, which is anticipated to open up various opportunities for the growth of healthcare sector in the region over the forecast period. 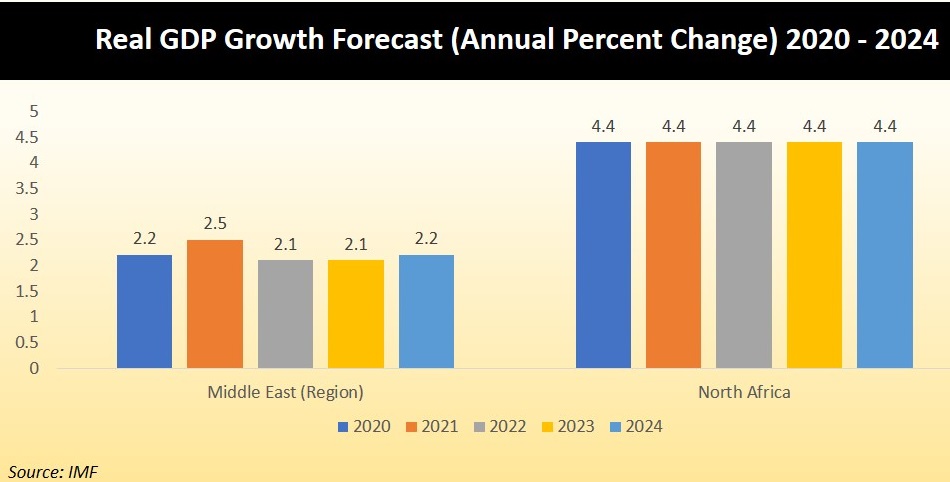 The population that is living with non-communicable diseases has been steadily growing in the MENA region, with the number of heart diseases increasing by 44 percent. Further, the number of individuals affected by diabetes and stroke have also shot up considerably by 87 percent and 35 percent respectively, that could in some cases lead to disability of individuals as well as premature death. The growing prevalence of lifestyle and medical conditions such as high blood pressure among individuals, unhealthy and poor diets, obesity as well as smoking among individuals have added to the growing number of non-communicable diseases present in the region. Over two thirds of the entire population living with HIV are in the WHO African region (25.7 million). The HIV mortality rate in the African region is slowly experiencing a decline in the recent years, with the mortality rate per 100,000 population decreasing from 139 in 2011 to 71 in 2016.

The number of individuals who are currently surviving with diabetes has reached 35.4 million in the Middle East region in the year 2015. This constituted approximately about 9.1 percent of adults who had been surviving between the ages 20-79 during the same year. The number of individuals who were not yet diagnosed were about 40.6 percent. The population affected by diabetes and living in lower- and middle-income countries in the Middle East region were considerably high at around 83.9 percent during this period. It is estimated that the total health expenditure arising from diabetes would reach USD 31 billion by 2040. All of the above factors are predicted to boost the demand and drive the growth of healthcare sector in the region over the forecast period.